Book Marcia as a speaker for your event! Fill out this form to submit an inquiry. 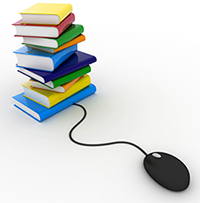 Marcia Talley’s tutorial on publishing your manuscript through Kindle and Nook breaks down the process into an easy to follow sequence that will help you produce a clean and professional e-book. Includes formatting tips and tricks, advice on what you need to set up your payment settings, and even a handy tip on how to get a free ISBN number!
25 minutes, plus Q&A. 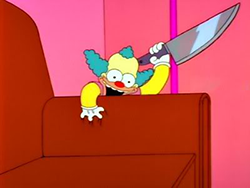 Comic Relief: Or, What’s So Funny About Murder

In the real world, murder and crime aren’t normally regarded as humorous. Crime is a tragedy. Someone has been victimized—robbed, raped, maimed, murdered. Treating death with humor without being tasteless can be a fine line to walk, but the authors Marcia highlights in this talk do it marvelously well using witty dialogue, wacky characterizations, and/or wild and crazy plots with surprise endings. They make us laugh, even in the face of death.
30 minutes, plus Q&A

Over many centuries, the Seven Deadly Sins have remained endlessly fascinating, having left a profound mark on Western literature, art, and religion, and continuing to inspire contemporary art, music, film, comic books, and any number of sermons and Sunday school lessons. Every motive for murder can be traced back directly to one of the Seven Deadlies, that great wellspring from which all bad behavior seems to flow, Marcia claims in this humorous look at sin in crime fiction.
Approximately 30 minutes, plus Q&A

Marcia explores the origins and development of the “cozy” mystery genre.
Approximately 25 minutes, plus Q&A

Scenes Of The Crime, or Maryland Can Be Murder

From Annapolis to Baltimore and Chestertown, south to Galesville and beyond, a “literary tour” of the Maryland settings used in Marcia’s mystery novels. Illustrated with PowerPoint slides.
Approximately 40 minutes, including Q&A

The Mind of a Mystery Writer

Ms. Talley discusses her background as a writer, her influences and where she gets her ideas, focusing on the real stories behind her novels. Copiously illustrated with PowerPoint slides, the talk includes photographs of the actual settings for each of her award-winning mysteries. Ms. Talley also discusses the writing/publishing process and gives readers a sneak preview of projects that are “in the works.” A question and answer period follows.
Approximately 40 minutes, not including Q&A

From “where do you get your ideas?” to the final “The End”, a concise discussion of the roles of plot, character and dialog in the modern mystery novel, with tips on point-of-view and planting clues for the aspiring mystery writer. A question and answer period follows. Includes bibliography and tip sheet handouts.
Approximately 60 minutes, not including Q&A 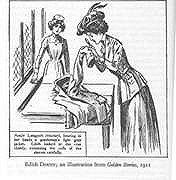 Ms. Talley discusses the female sleuth in British and American popular fiction from 1837-1930, contrasting the development of the female detective with the coincident pressure for women’s rights. Liberally illustrated, with anecdotes and quotations from nineteenth and early twentieth century novels.
Approximately 40 minutes, not including Q&A

Surviving to Write Another Day 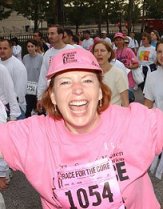 Inspired by a fan’s question—”Are you Hannah?”—Marcia shares how a cancer diagnosis changed her life, giving her “permission” to leave a high-profile library career to concentrate on her writing. Follow her development as a writer from the early years as a daughter of a globe-trotting Marine officer through the day her novel—featuring breast cancer survivor and amateur sleuth, Hannah Ives—won a writing contest that helped Marcia land an agent and a three-book publication deal. Copiously illustrated with PowerPoint slides, the talk includes photographs of the actual settings for each of her award-winning mysteries. Ms. Talley also discusses the writing/publishing process and gives readers a sneak preview of projects that are “in the works.” A question and answer period follows.
Approximately 40 minutes, not including Q&A 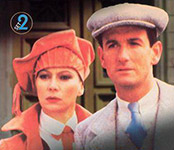 Tommy and Tuppence Beresford are unique among the catalog of Agatha Christie’s detectives. They began as partners in The Secret Adversary in 1922 and were still actively detecting as happy retirees 51 years later in Postern of Fate. The five Tommy and Tuppence novels span the entire length of Christie’s career, and of all her characters, are the only ones who age naturally. It is interesting to note that their adventures are contemporaneous with the publication date of the novels and the lives of the fictional couple roughly parallel Christie’s own. “While researching this paper,” Ms. Talley comments, “it was often difficult to remember where a piece of information came from. Was it taken from one of the Tommy and Tuppence novels or from Agatha Christie’s autobiography?” Talk first delivered on August 21, 1999 at St. Hilda’s College, Oxford, U.K.
Approximately 40 minutes, not including Q&A

After the Golden Age in America: Emma Lathen and Other Women Mystery Writers of the 50s and 60s

In the period following the Second World War, women writers were taking the crime novel in new and innovative directions, introducing non-traditional protagonists, topics and places that helped pave the way for Marcia Muller’s Sharon McCone who, in turn, opened the door for Sara Paretsky’s VI Warshawski and Sue Grafton’s Kinsey Milhone. The creativity and talent of these women served as models for writers to come; their influence on later authors is almost all that remains today as, sadly most are no longer in print. Ms. Talley focuses on one of these authors, Emma Lathen (Mary Jane Latsis and Martha Henissart) who wrote enormously clever and witty books featuring Wall Street banker John Putnam Thatcher.
Approximately 40 minutes, not including Q&A

Confessions of a Serial Novelist: Or, How I Wrote Novels with 12 Other Women and Lived to Tell the Tale 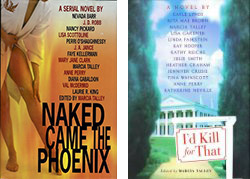 Ms. Talley is editor/author of two wacky collaborative serial novels, Naked Came and Phoenix and I’d Kill for That, set in a luxury health spa and an exclusive gated community, respectively. She presents a history of the serial novel beginning in 1914, describing its development and transformation over the years from the multi-part serial radio broadcasts of the 1930s through the sexually liberated forms of the late 1960s up to the present day. The talk is a revised and expanded version of an article Marcia wrote for the July 2004 issue of Mystery Scene.
Approximately 20 minutes, not including Q&A

Book Marcia as a speaker for your event! Fill out this form to submit an inquiry.